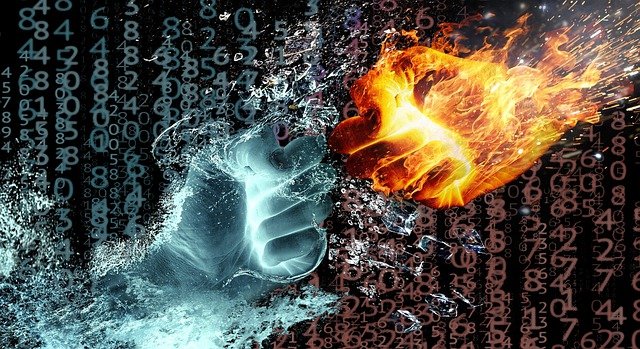 So What Can We Do?

This article on good and evil isn’t our usual, and in fact, we didn’t write it. We don’t do politics or news, and yet this approaches crossing that line to both. So why are we sharing it? Because we believe it’s an important perspective for humanity, and overall it is apolitical but potentially affects us all on some level.

The Absence of Evil

Human beings have been baptized in polarity.

If you look at our great stories, the epic tales of heroism–there is a clear delineation of good and evil. Star Wars, Lord of the Rings, Braveheart, Avatar, Avengers, Game of Thrones, V for Vendetta. I could fill this page just by writing the titles of these stories. Even a thought provoking movie like Joker, places the emphasis of evil on the villainy of abuse that was the genesis of Joker. Good and evil. Good and evil.

So what happens when the story of good and evil is obfuscated, nuanced, and unclear? When we don’t exactly know who is good, who is evil?

We fill in the gaps with our own bias.

We Lose the Truth

What happens in you when you read that list? If you are honest, you probably agree with some of those statements. The result is that we end up polarizing our world into black and white. We fight, bicker, divide. We lose the truth that at the core of all of these “villains” is a human who believes he or she is doing what is right for the world.

The mother whose child has been permanently injured by a vaccine is crusading to prevent more children from being hurt. The doctor who promotes a full vaccination schedule has seen the horror of disease and wants to spare the people she took an oath to protect. Who is good? Who is evil? Neither.

Who is good? Who is evil? Neither. When we get to that magic word, ‘neither’, then we can have a conversation.
~Aubrey Marcus, founder Onnit, author, b.2/28/1981

And when we get to that magic word, ‘neither’, then we can have a conversation. We can look at data, research, facts, anecdotes, theories, and weigh them with logic and compassion. This is the first step back toward unity.

We must transcend the petulance of tribalism and recognize the humanity behind the opposing viewpoint.
~Aubrey Marcus, founder Onnit, author, b.2/28/1981

This is the spiritual path. It’s not a quick fix. But there is a hack. A shortcut. A way to control-alt-delete the caustic division of tribalism. By identifying an evil that is actually an evil. This is in our stories as well. Think of [the movie] Independence Day. The whole world came together to fight against evil in the form of an alien race. Nobody gave a shit about politics or skin color. Was President Bill Pullman a republican or democrat? Didn’t matter. Was Will Smith a black pilot or just a pilot? He was just the best damn pilot we had.

This is the spiritual path. It’s not a quick fix. But there is a hack. A shortcut. A way to control-alt-delete the caustic division of tribalism. By identifying an evil that is actually an evil.
~Aubrey Marcus, founder Onnit, author, b.2/28/1981

Sebastian Junger talks about this effect in his book Tribe. He shows data that the people of London were never so filled with purpose as when the Nazi bombs were falling on the city. During the time of the air raids, London was composed of a singular people, one nation. We got a taste of this in our life with 9/11. We even swore we would “never forget”. But we forgot. Conspiracies regarding the complicity of our government, along with the blatant politics of greed corrupted our story. Plus the enemy was so damn far away.

So what is the hack? How do we generate the hostile alien effect, in a story that can’t be corrupted? Impossible, right? Wrong.

EDITOR’S WARNING: This next section in Aubrey’s message is important but hard to read, absorb and think about, and you may wish to avoid it altogether if you’re uber sensitive.

You won’t be able to unread it, so if you’re a sensitive empath who feels human suffering too deeply, you may not want to read further. It doesn’t elaborate graphically, but touches on it enough to convey the horrors and painful, unimaginable truths around human trafficking.

Why We’re Sharing This Here

So why do I share this here? For perspective. The masses are caught up in the bread and circuses of the day led by the media and so much mudslinging that truth is all covered up beyond recognition.

There are truly gargantuan good and evil issues facing humanity that need our compassion, awareness and creativity. Let’s be not swept away in the chaos of the day. Find the good in each other on all sides.

We can band together in humanity. Find the unity amidst the diversity and make that common ground our home.
~LeAura Alderson, cofounder iCreateDaily.com®

If you choose not to read on, you may enjoy this perspective on finding good instead. Or, scroll past this to the “Banding Together…” subheading below.

There are thirty million of our brothers and sisters, sons and daughters, held captive as slaves in the world right now. Two million of them are children. They are raped and used for forced labor. Women. Children. I want you to take a moment to see them in your mind. See a little boy, and a little girl, held captive in an abandoned warehouse. Chained up to a wall behind a red door. Sodomized, subjected to the violence of a new stranger every week – their violations filmed and sold as pornography on the dark web.

This is evil. Real evil. And this isn’t in some faraway country. The United States has the highest demand for child pornography and human slaves out of any nation in the world. These faces you imagined could be you. Could be your children.

Former CIA operator Tim Ballard doesn’t have to imagine their faces. He sees them. He tells the story of a five year old boy that he rescued from one of these warehouses in California, who told him “I don’t belong here.” Since that moment, Tim and his organization Operation Underground Railroad have rescued over 4,000 victims of human trafficking.

Banding Together Instead of Casting Stones and Ridicule

The invitation to band together as one people against evil is here.

There are more slaves in the world now than there were during the entirety of the transatlantic slave trade.
~Aubrey Marcus, founder Onnit, author, b.2/28/1981

We can all be abolitionists, right now. According to data mined by the organization Rescue Her, the poverty and desperation caused by the global coronavirus lockdown has nearly doubled the online flags for human trafficking. The world needs us. I promise you can go back to ridiculing your neighbor for their beliefs when we’re done. But right now… there is evil in the world. And we can make a difference.

Check out this week’s podcast with Tim Ballard to learn more, and see how you can play a part.

Sending so much love,

The world needs us. There is evil in the world. And we can make a difference.
~Aubrey Marcus, founder Onnit, author, b.2/28/1981

Aubrey Marcus (IG: @aubreymarcus) is the founder and CEO of Onnit, a lifestyle brand based on a holistic health philosophy he calls Total Human Optimization. Onnit is an Inc. 500 company and an industry leader with products optimizing millions of lives, including many top professional athletes around the world.

So yes, there’s good and evil, and yet evil could be summed up in these words.

EVIL IS THE ABSENCE OF LOVE.

So let us LOVE.

Imagine a day filled with loving thoughts and actions, no matter what. It will make a difference, beginning with the difference it will make in your life.
~LeAura Alderson, iCreateDaily.com®

A Winning Mindset Will See You Through Thick and Thin
Will Power and Mind Power - What is the Difference?
45+ Steven Pressfield Quotes - Wisdom from the Best...
Art from the Heart - to Create is to Love
Consistent Persistence Wears Down Resistance
Nightbirde - Jane Marczewski - The Angelically Beautiful and Talented Singer-Songwriter
Essays and Poems About Growing Old and Aging
130 Mel Robbins Quotes for a More Powerful Life
Entertainer, Andy Grammer Quotes - This is My Worth
Daily Planning for Achieving Your Goals

Welcome to the iCreateDaily Site, we’re a mother-daughter team:

LeAura Alderson and Devani Alderson, and your co-hosts on this journey of creativity and productivity.

iCreateDaily is for artists in every genre of creating, from musicians to writers, crafters to inventors, bloggers to entrepreneurs…

If you are into creating anything, this is for you.